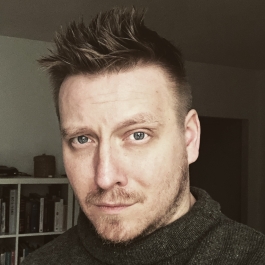 Bio:
Matt debuted at Cannes festival with his short film “Tourist”, studied at the Film, Theatre and Television College in Sydney and worked as a creative director for Platige Image, New York. In Poland he created an audio-visual permanent exhibition for the Museum of the Second World War consisting of 110 documentary short films. He was recently working as a writer/director for the Discovery Channel and CANAL+.

web and identity by Maciej Połczyński